In this article, we will discuss TOP 20 MCQS IN ROAD CONSTRUCTION that are frequently asked in interviews and in ability tests. 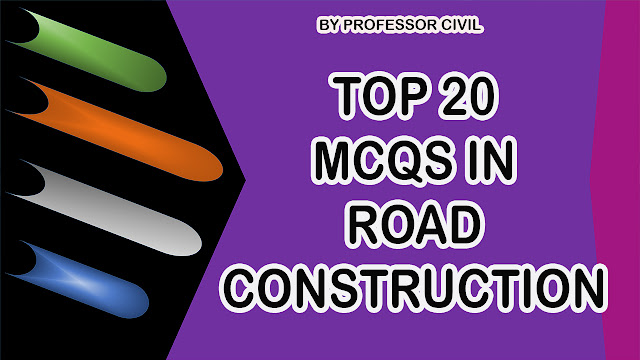 I hope that this article will help you know about TOP 20 MCQS IN ROAD CONSTRUCTION that are frequently used in interviews and in ability tests.