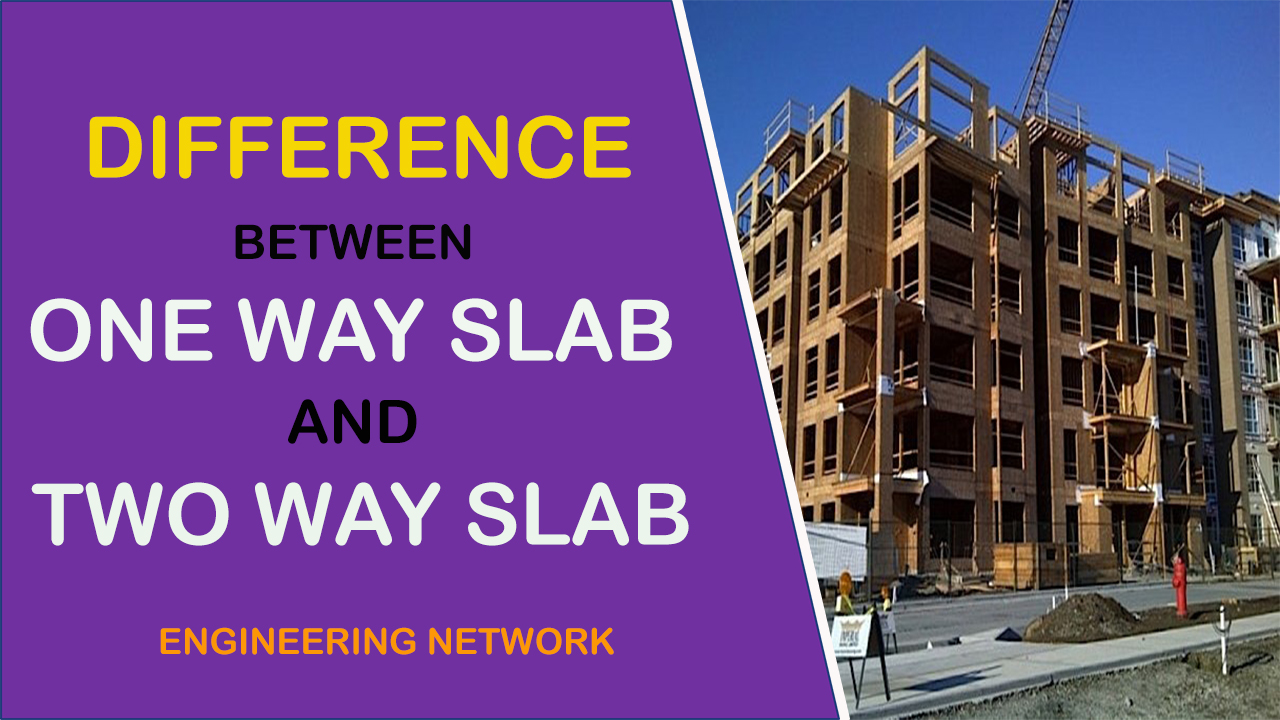 Slab is one of the most basic component of a structure and there are many types of slab that has been used in a building for many reasons. A slab is basically a two-dimensional bending member that is designed for bending, shear, and torsion at the corners. It is one of the most efficient members of a structure. It is constructed to provide flat surfaces, usually horizontal, in building floors, roofs, bridges, and other types of structures. Basically, the slab is divided into two main types, one-way slab and two-way slab

One-way slab, the slab bends only in one direction which is in the direction of its shorter
span.

In one way slabs, loads are transferred from slabs to beams along one direction.

How the reinforcement is used:

One-way slab bends in one direction so to overcome this bending we provide main steel which is also called cranked bars on the shorter side of the slab. 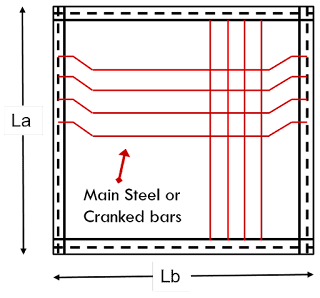 While designing one-way slab we do not provide any distribution bars so the amount of steel is less and because of that the depth of one-way slab increases and due to that, the thickness of the one-way slab is more as compared to the two-way slab.

If the span length is up to 3.6m then it is economical to use a one-way slab instead of a two-way slab. 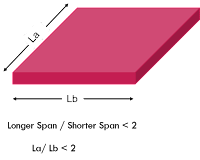 Two-way slab the slab bends in both directions that are in the direction of longer span and shorter span.

Two-way the slab is supported by beams on all four sides. Examples for two-way slabs are used in the construction of multi-stories building which normally made of frame structures.

In the case of the two-way slab, loads are transferred to beams in both directions.

How the reinforcement is used:

In case of the two-way slab, the slab bends in both directions so to overcome that bending we provide main steel, also called the cranked bar on both sides of the slab. 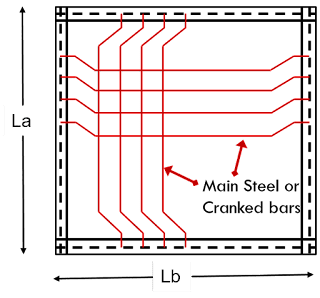 when we design two-way slab we provide distribution bars which means the more steel will be used and because of that we provide less depth, so the thickness of two-way the slab is less as compared to the one-way slab.

Two-way slab is economical for panels size up to 6mx6m.

Watch the video for a better understanding